“Anomaly” program curated by the Mariupol ТЮ will combine five unforgettable musical experiences: from the new names of the Azov scene to a secret space headliner.

Magnetic declination is an anomaly forcing the northbound compass arrow to decline to the east. This year, the arrow declines even more; waves of gravity between Mariupol and Slavutych are stretching north to south. A simultaneous cultural renaissance in several small post-industrial cities, in remote points on the map of a country — isn’t this an anomaly? What’s difficult to predict is usually the most valuable thing. What seems strange and unreal becomes the driving force. This year, the artistic movements of Mariupol and Slavutych meet in an embrace of contemporary cinema and music.

The ТЮ platform’s after-dark musical program at the «86» Festival incorporates the best performers having visited Mariupol and the new stars lighting up the eastern post-industrial nights. We want this inexplicable anomaly to be felt at the «86» festival – at night when sensations get acuter and you can hear the sea breathing and the factory humming. The “Anomaly” at «86» includes five parties in the ТЮ zone in Slavutych, where we will try to grasp the something in the air as we enjoy the music of space.

The ТЮ platform is a residence of cultural initiatives, established in Mariupol in 2016. ТЮ spearheaded the city’s cultural revival — it conducts non-standard events in the sphere of contemporary art and culture as well as human rights events. Leading contemporary musicians and DJs perform at ТЮ, and the platform will invite the best stars it has hosted over 2 years to put up a show at «86».

The project is part of the EU “Culture Bridges” program and is supported by the National Endowment for Democracy.

This is the explosive opening of the music programme in the magnetic anomaly zone at «86»! On the first night, we plan to impress you with a collection of the best bits of action from TIU. Let the laws of physics take a break till dawn — Slavutych is going to see musicians who craft sounds that reshape physical reality. The show begins on May 9th at 21:00.

END_OF_DOCUMENT_TOKEN_TO_BE_REPLACED

Slavutych has never come in such close contact with the South. This techno-night brings the largest number of southern anomalies to the TIU zone. The show begins on the evening of May 10th and will continue the whole night.

END_OF_DOCUMENT_TOKEN_TO_BE_REPLACED

The gravitational anomaly has tuned into a progressive radio wave and now transforms itself into a party from 20ft Radio. The Error will begin to occur on May 12th at 21:00.

END_OF_DOCUMENT_TOKEN_TO_BE_REPLACED

Exclusion zone anomalies cause unpredictable mutations, breeding crazy techno-freaks. Prepare to mutate all night long on Saturday, as we bring the Freak Rave Cabaret to Slavutych for the first time.  The show begins on May 12th at 23.00

END_OF_DOCUMENT_TOKEN_TO_BE_REPLACED

When outrageous amounts of artistic irradiation leave the strongest standing, the final party of the festival will explode in the exclusion zone. The show starts on May 13th at 21:00.

END_OF_DOCUMENT_TOKEN_TO_BE_REPLACED 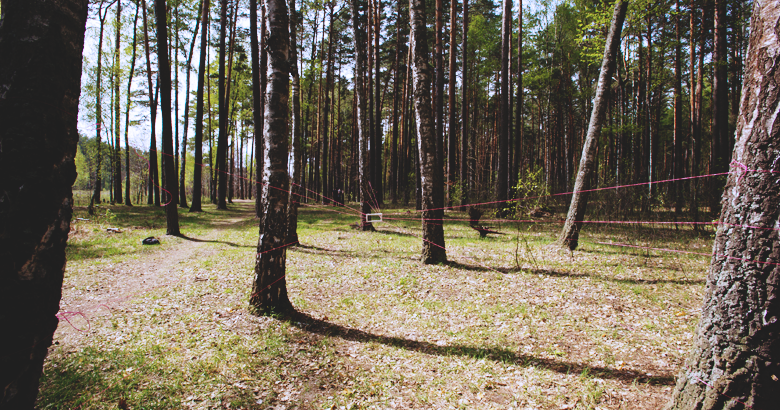 In the last day of the festival, May 13th, somewhere in the forest near Slavutych will be The Quite Party. Dance the way you like and listen to what you want to hear.