This is the explosive opening of the music programme in the magnetic anomaly zone at «86»! On the first night, we plan to impress you with a collection of the best bits of action from TIU. Let the laws of physics take a break till dawn — Slavutych is going to see musicians who craft sounds that reshape physical reality. The show begins on May 9th at 21:00.

The sound futurists Ptakh_Jung will kick off the musical programme. The duet of Anton Deрtyarev (Ptakh) and Volodymyr Babushkin (Jung) is a cinematic combination of classical music, noise, and electronica; accompanied by the visual artist VJ Reinish it creates a virtual trip to parallel galaxies.  Their performance can rightly be called the newest academic music since each Ptakh_Jung composition is a story with a powerful drama, symphonic depth, and a cinematic suspense. 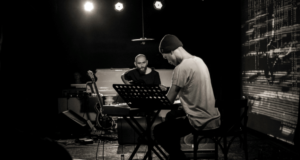 VJ Reinish – visual artist Svшtlana Reinish. She is a VJ and animator with a subtle feeling of music and her own recognizable visual style. In addition to Ptakh_Jung and Ptakh, she works with Panivalkova, Maru, O’Tortvald, Bloom Twins and other artists from Ukraine and other countries. 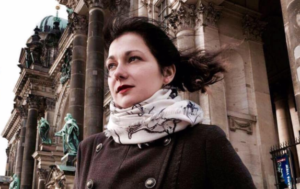 The night programme will open with a performance by Space Spice Boy — genius astronaut from Pozniaky, depicting the hopelessness of life as if it were beautiful and magnificent. Living a bloke’s life in a city suburb, he narrates poignant stories of the everyday existence of a small person. 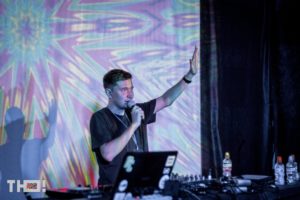 The dance anomaly will be passed on to electronic musicians: the techno-genius Ptakh (Anton Dehtiariov but now in his solo project) will feature parts of his soundtrack to Dzyha Vertov’s “Man with a Movie Camera” in a live set. The rusty industrial sounds, the technical barrel, symphonic multilayer and ambient transparency — this is a techno which could burn the dance floor, and at the same time, it is music that is interesting to listen to. 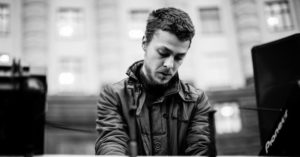 The Ptakh performance on 20ft Radio:

We will continue our anomalous evening with the best embodiment of the artist-Anomaly: anonymous, invisible, one that is born only on stage — it’s all about an incognito producer Panic Ape. 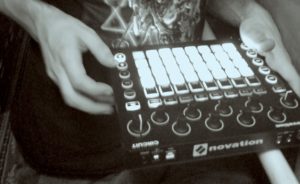 After all, Bohdan Konakov will irreversibly tear off the grasp of reality. He knows how it that — as the founder of the «ШЩЦ» formation he experiments a lot and has with him a bunch of very interesting music discoveries. 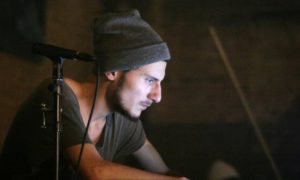