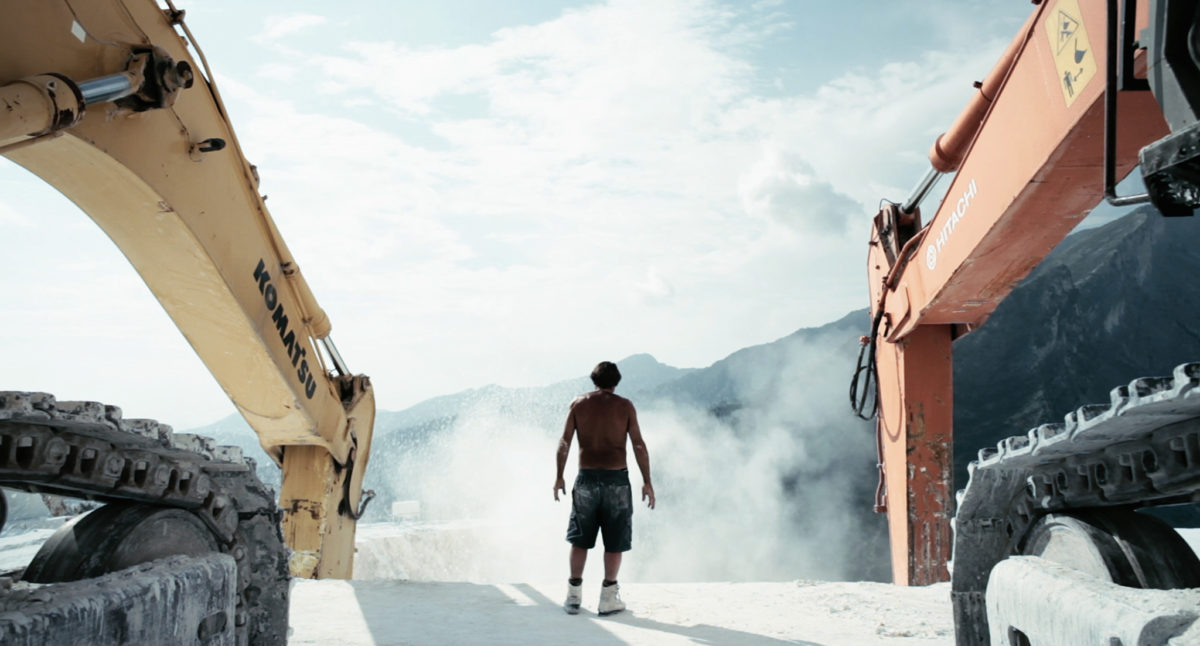 The Malady of Iron Trilogy

Trilogy explores the relationship between man and machine in the context of an unusual working environment on the part of individuals performing strenuous and dangerous work. The Italian title of the trilogy La malattia del ferro is a reference to the name of cabin fever experienced by sailors during long stretches at sea.

The first in the series is Il Capo (The Chief, 2010), a candid portrait of a foreman in charge of a marble quarry at Carrare, Italy, who manages his team working the heavy machinery with delicate gestures like an orchestra conductor.

The second film in the series is Piattaforma Luna (Platform Luna, 2011). It brings us to the seldom seen day-to-day routine of a submarine crew deep under the ocean. A group of six scuba divers that specialize in deep underwater operations lives for a period of three weeks at the bottom of the ocean, conducting work on board of the platform Luna.

The final film in the trilogy, Da Vinci (2012), follows a surgical robot performing operations guided by a surgeon working remotely. It shows the incision going through the skin and into the patient’s body, made by a robotic arm operating in the body cavity.