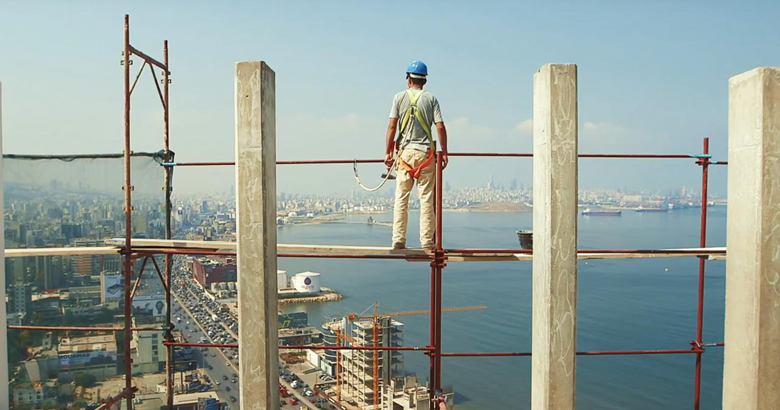 In Beirut, Syrian construction workers are building a skyscraper while their own houses back over the border are being shelled. The Lebanese war is over, but the Syrian one still rages on. Cut off from their homeland and subject to the government’s night-time curfew on refugees, they gather to watch news from Syria. Tormented by anguish and deprived of the most basic human and workers’ rights, they keep hoping for a different life.