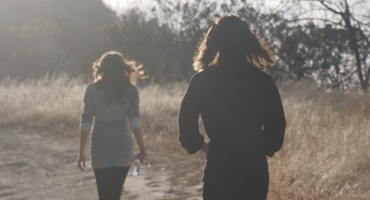 The distant and magnificent continent of prosperity where a new live starts from scratch. This wonderland of reemergence for the decades have been attracting the tired of poverty Ukrainians. But where does one find a wizard capable of adapting their biographies to a new home? The families that impulsively emigrated from Ukraine to a sheer uncertainty, the children who have to adjust, the elderly who have lived in America for a long years yet still sticking with their memories of past. Their stories are painfully familiar. Starting from the era of silent films, the Ukrainian screens are familiar with a number of distraught emigrants. Even still, the filmmakers do spot, if not a wizard, at least a little pixie who makes the lives of the settlers like her a little bit easier. But who would be able to help her?..

Anatoli Ulyanov (b.1984, graduate of Taras Shevchenko National University, Institute of Journalism, 2005) and Natasha Masharova (b.1984, graduate of Kyiv-Mohyla Academy, Department of Sociology, 2005) are filmmakers of VVHY.tv. Persecuted by right-wing radicals they were forced to flee from Ukraine in 2009. Their website was banned in Russia for LGBT-activism (“propaganda of homosexuality”). Currently they seek political asylum in United States.