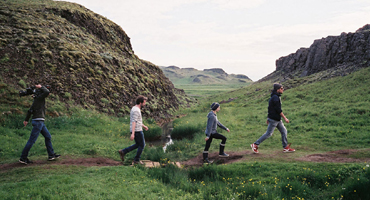 Selections and awards: César Award for the Best Documentary (2016)

The film crew sets out to ten countries (France, Denmark, Finland, Belgium, India, the United Kingdom, the United States, Switzerland, Sweden, Iceland) investigating the possible human extinction by the year 2100. The expedition meets the pioneers who are re-inventing agriculture, energy, economy, democracy and education. Joining those concrete and positive actions which are already working, they began to figure out what could be tomorrow’s world.

The film will be shown in Ukrainian without English subtitles.