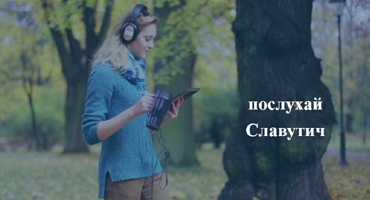 THE CATCHER IN THE RYE

Production: Pic Pic in partnership with the Festival of Film and Urbanism “86”

In this audio tour, we are trying to tackle the problem: how to return the city which was yours in childhood. We presume that childhood years create a special sensitivity for the neighbourhood streets, yards, and downtown. It is the childishly impressionable emotional landscape of the city, with own people,  outlines (limits), with native and alien (dangerous) places. So when such sensitive intensiveness goes down (changes), we think we’re losing our city, which used to bring so much joy. In our audio tour The Catcher in the Rye we’ll try to understand whether it’s possible to return this joy caused by the city.

The tour is based on the story about a teenager Yulia who hates her school. She often quarrels with her teachers, she doesn’t get her peers and can’t find the way to talk to her mom. Yulia often skips the classes to go to the woods around her city. Once she wandered too far off.

WHAT IS AN AUDIO TOUR

The audio tour is the kind of immersive theatre which is pioneered in Ukraine by the group Pic Pic. Creation of the immersive effect is probably the main requirement in the industry of entertainment. Theatre responses to this request with its own instruments, offering the spectators (listeners) to dive into the world of a story.

Each participant of audio tour get headphones and a receiver which picks up a signal. Voice in the headphones performs a narrative function (it tells a story), but also the function of imperative (it tells a listener what to do).

Usually, an audio tour takes place in a city, and by this, it is of an interdisciplinary nature: architecture, city history and language, urban practices — these are the important elements of the immersive theatre.