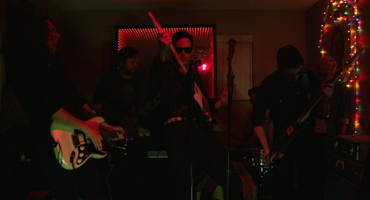 A high speed roadtrip through modern creativity. It is a revolutionary feature comprised of 62 one-minute films highlighting an exciting and eclectic mix of artists, musicians, writers, places, and perspectives. In the summer of 2013, a train designed as a kinetic light sculpture by artist Doug Aitken traveled from New York City to San Francisco over 24 days. Rolling into ten stations on the route, the train set in motion a series of happenings, each unique to its location and mix of creative participants. The film features Beck, Thurston Moore, Patti Smith, Cat Power, No Age, Suicide, and many other artists.

Doug Aitken is an American artist and filmmaker. He participated in the Whitney Biennial and earned the International Prize – Golden Lion at the Venice Biennale in 1999 for the installation “electric earth”. Aitken received the 2012 Nam June Paik Art Center Prize and the 2013 Smithsonian American Ingenuity Award: Visual Arts.