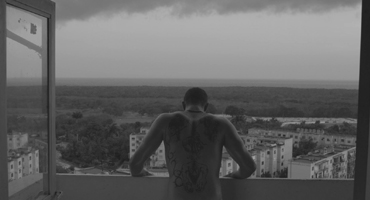 THE PROJECT OF THE CENTURY

Three generations of men struggle to co-exist under the same roof, in a city once destined for greatness. Amidst a mosquito plague, Leonardo, struggling with the breakdown of his relationship, moves back to live with a grandfather who fights with everyone and everything, and a father living with the melancholy of the unfinished. In a city once promised to become the hub of the Soviet nuclear project in the Caribbean, the scant remains of this world weigh down on these three solitary men, who, unlike their pet fish Benjamin, have yet to learn how to breathe under water.

Carlos Machado Quintela was born in Cuba where he studied Broadcasting at the Instituto Superior de Artes. His first feature The Swimming Pool premiered in the Panorama section of the Berlinale and won an award the 30th Miami International Film Festival.