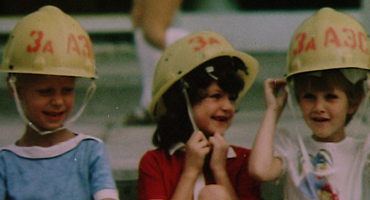 The construction of nuclear cities, the nuclear power plants satellite towns, has started in the USSR in 1950s, in Ukraine in 1970s. The building of these new type cities was accompanied by the hype of the ‘eternal’ kind of power conquest and recreation of the utopian Lenin’s images.