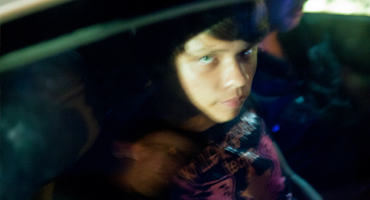 Anthony, Orsu, and Pierre-Marie belong to Lupino, a suburban neighborhood of the island of Corsica. They grew up here, in these public housings trapped between the motorway and the hills, far from the seaside, far from the city center, far from anything. When summer comes, they go down the streets. They spend together long restless days on public benches and waste grounds, aching for some shadow, for some company, for an escape.

François Farellacci has made documentaries, short films, and video installations which main subjects are autobiography and adolescence. His work has been screened and exhibited in international festivals and led to collaborations with Centre Georges Pompidou, France Culture, and Le Pavillon du Palais de Tokyo.