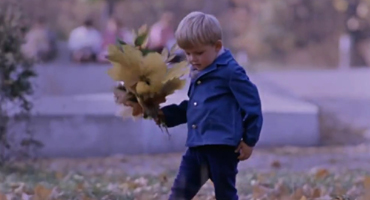 A documentary sketch on the texture of sunny 1960’s Kyiv in fall. The most interesting things in the frame are not the eternal symbols of the city over Dnipro: Kyiv Pechersk Lavra, Khreshchatyk, the Shevchenko park and boulevard, but the facial expressions of the regular pedestrians, store windows, old trolleybuses, and the evening café get-togethers accompanied with jazz music. The film features one of the first and most interesting film pieces by the composer Volodymyr Huba. “What is the most distinctive feature of today’s Kyiv?” Eduard Tymlin asks in the script, and replies, “A picturesque similarity between old and new.”