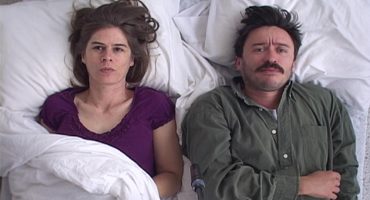 Lucas Maldonado analyzes himself in terms of his pain, but also the love for people he has held dear: his filmmaker mother, his architect father, his deceased best friend, the girlfriends. He succeeds in convincing them to lie on a chaise longue and relive the errors, the excesses, the good times shared — the affection is offered. He composes a self-portrait in which the splinters of a fractured generational tale are visible; it is a group picture, the image of a neighborhood and a city.

Lucas Maldonado graduated from the Film and Television School of the National University of Colombia, and from ESCAC in Barcelona where he studied Film Directing. He works as a cameraman and artistic director for the theater. His short film “Singladuras” was screened at several international festivals and won the Best Documentary Award in Medina del Campo.