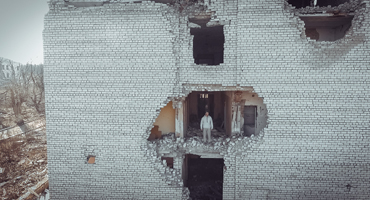 The former French legionnaire gets admitted to the psychiatric ward in 2010. He sees war everywhere. In 5 years he is to be discharged. On February 10, 2015, the medical board is gathered. The legionnaire sees a flying shell in the window, but the thinks it’s a hallucination and doesn’t tell the board. The medical board dies, but he remains to live.