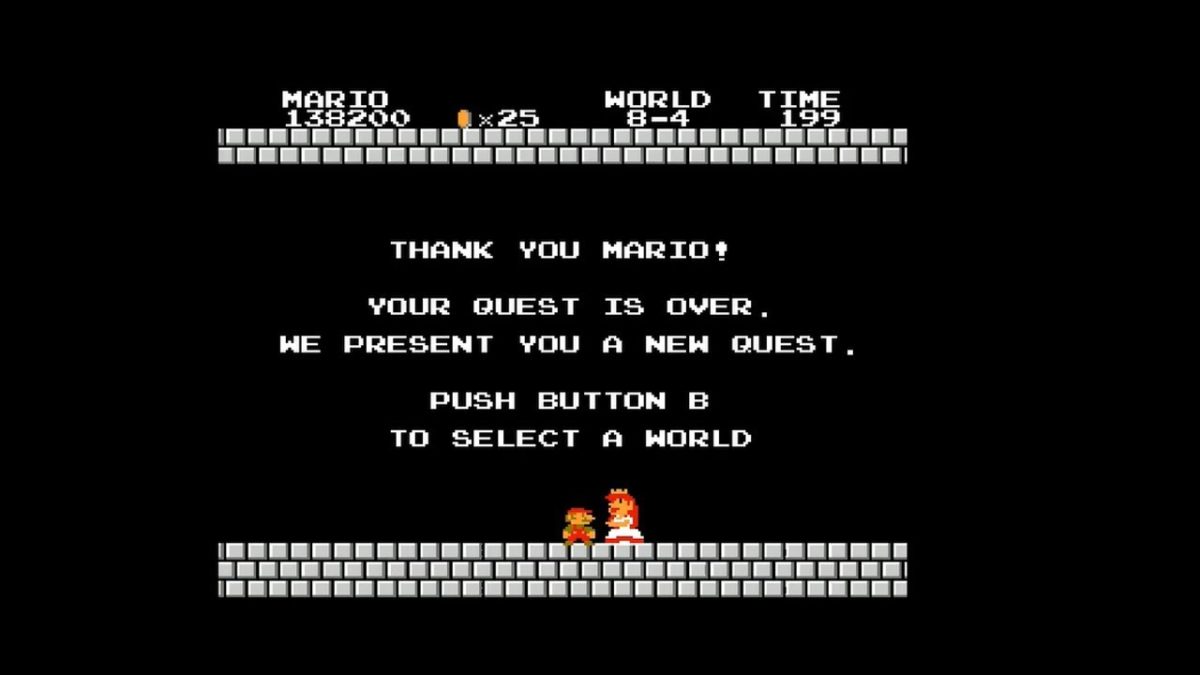 Sounds overwhelming. For the past 5 years, “86” was taking all our lives. The word “May” triggered images from Slavutych in our thoughts, the word “Slavutych” brought into our imagination the pink flowers at the Film and Concert Center before the next screening. The preparation for the next edition was starting the moment the previous one had come to an end. The work on fundraising, logistics and search for best films lasted for 365 days. Those 5 years saw a birth of a community, a brand and a powerful international forum in a small town next to Chornobyl.

WHAT’S THE MEANING OF IT ALL

At some point, the festival has literally become the meaning of our lives. Quite ambitiously, we conceived “86” not just as a festival but rather as a model of a new society of trust, respect and mindfulness where long meaningful conversations and shared life-changing experiences are possible. We dreamt of reversing the symbolic hierarchies and turning the periphery into the centre at least for 5 days a year. We dreamt of turning every viewer into the “86” co-creator. We strove to transform the festival from a platform for screening new imported films into a factory producing new meanings and communities.

Back in 2013, how many people were ready to pay for a ticket to an avant-garde documentary film? Who would have accepted spending a weekend in a town near Chornobyl? And who would ever think about Sundance winners and thousands of viewers coming here every year? The festival “86” managed to reach its boldest aims. Our biggest achievements are:

In the course of five years, the festival has brought to Ukraine around 100 films and showed to the Ukrainian audience the documentary filmmaking as an art form. Among them: the favourite film of all music lovers and cinephiles B-Movie: Lust & Sound in West-Berlin 1979-1989 and the forgotten cine-operetta Cheryomushki (Cherry Town); the Sundance winners The Russian Woodpecker and All These Sleepless Nights, retrospectives of John Smith and Yuri Ancarani; films by the most independent directors Jem Cohen and Mark Cousins. And Lupino.

It was in Slavutych during the Palm of the North selections that the Ukrainian and international film community saw on the big screen for the first time the films by Anna Kalinichenko, Nataliia Masharova and Anatoli Ulyanov, Polina Moshenska, Zhanna Ozirna, Oleksandr Surovtsov.

The festival thread was getting neatly woven into the urban fabrics – the whole town was slowly becoming our scene. Together with our partners, we had installations at the stadium and in the forest; wild parties around the magic sphere and in the underground; crazy ceremonies and a concert at the train station; we organized exhibitions in the abandoned coffee shop and in the gym; we transmitted radio from under the pine and arranged a virtual embankment.

In the 4 years of its existence, the cinema workshop MyStreetFilmsUkraine produced 49 short films. MSF is a unique project that democratizes film education and production that has gone beyond our expectations. The participants were people from non-central cities having neither previous filmmaking experience nor funding. They got full houses in Slavutych, were shown in the cinemas and cinema clubs all around Ukraine. They were selected to the international film festivals competitions programmes in Leipzig, Jihlava, Odesa, London, Washington, Bologna and many other cities. Among them: Ma by Maria Stoyanova, Diorama by Zoya Laktionova, It’s Breathing by Polina Olkhovnikova, Me and Mariupol by Piotr Armianovski, My Crystal by Oksana Kazmina.

In January 2019, “86” won 500 thousand UAH for the festival organization in Slavutych as a participant of the Ministry of Culture open call “Small Cities — Great Impressions.” In order to get this public money, the festival team had to struggle for months against bureaucracy, non-transparency and even an attempt to get a bribe. Though not easy, it was effective. After the “86” public communication campaign about the competition “Small Cities — Great Impressions:”

– the Minister of Culture released an order to fire Yevhen Kovalskyi, the vice-director of the Ukrainian Center for Cultural Research (UCCR);

– the “86” public communication campaign got important media coverage and solidarity among the cultural community; it has become a precedent for a successful conflict resolution between a non-transparent public structure and an independent cultural institution.

WHAT WE FAILED TO ACHIEVE

For 6 years, we have been striving to turn “Illia and Nadia’s family project” into a solid institution that wouldn’t be closely linked to its founders’ personalities. But instead, we somehow still got a big family. At some point, we understood that we simply adopted everyone: new team members, partners and visitors. We created a space of common intimacy at the expense of personal relationships.

We had to deal with unsustainable funding, the burden of responsibility becoming bigger as the festival grew, thus increasing amount of paperwork and provoking an attempt to get a bribe. And even though the campaign against corruption ended successfully for us, the long-lasting financial risks, publicity and the new public status of “corruption experts” lead to a substantial burnout of the festival team.

We are tired. Of the lack of stability, uncertainty, the never-ending application forms and reports. We are tired of the ephemeral result: a whole year of hard work for the sake of five wonderful days that we could not even enjoy. Oh, we can only wish we could attend “86”!

First, everything will be fine. Changes are the only stable thing on Earth. They are difficult to adapt to. They need resources and audacity. Nobody likes changes. But what will those who don’t want to change get? Replication, inertia, activity for the sake of activity.

Second, everything has its time. The festival was born in 2013 as a presentiment of the Maidan and it embodied its boldest aspirations. From the programme selection to the internal communications, in the heart of all the decisions at “86” lay the values – audacity, respect, empathy, honesty, humanocentrism. Our values haven’t changed. But we have and so have Ukraine and the world. The time calls for new formats and methods of interaction.

At “86”, we brought to life everything that we dreamed about back in 2013. Now it’s high time we fulfilled the other dreams.

To the city of Slavutych. For having stepped out of the comfort zone and for having opened the door to the contemporary culture. For having been our home, source of inspiration and the key element of the “86” programme for 5 years. Slavutych is the city that dared to risk. It showed to everybody that small city is not a diagnosis. We are proud of our cooperation with Slavutych, the city administration, officials, businessmen, young people and all the city dwellers who shared their houses with “86”. It is an incredible case of cooperation, respect to the Other and comprehension that can serve as a prototype to any project of changes on Ukraine.

To the Ukrainian and foreign founders that supported the festival financially. For many years of cooperation, generosity and readiness to risk with us.

To the curators and programme partners. For having managed to go beyond our competence together and to maintain quality and conceptual integrity.

To the directors, musicians, artists, urbanists, curators. To all the participants of the five editions of the festival. For having created the right films and having played the right music. For having given yourself to “86” and Slavutych. For ideas. For having run risks with us. For inspiration. For the opportunity to experience something different.

To the team. To the volunteers. To all those who worked hard every year in order to make it possible for the “86” to happen. For having chosen values rather than status. For sparing no effort. For not being afraid of the dirty/mechanical/boring work and for having created the best festival in Ukraine with your own hands.

To our guests. To the visitors. To those who came to the first festival in 2014 without knowing what to expect. To those who had no doubts while buying the festival passes when the festival wasn’t free anymore. To those coming only for a couple of hours and to those spending all the May holidays in Slavutych. For not being afraid of sleeping at the Fitness centre and eating at the ATB supermarket. For always coming back. For bringing your friends, children and parents with you. For having laughed at the most subtle jokes and capturing the eeriest montage techniques. For your questions. And for the answers that you suggested. For having listened, watched, felt. For your trust. “86” is the festival of the best audience in the world.

Stay open. Take risks and fulfil your own ambitious projects. We will always be there to help.

Don’t be sad. Keep in your heart the warmth of what we shared. Support the independent and don’t spare gratitude. Fund by crowdfunding – it inspires.

To curators and organizers:

Be radical. Do what has never been done. Develop and believe in your own voice.

Do better what you already do well. Cooperate in other spheres.

Bring up those who will come after you – invest in the younger colleagues’ progress. Delegate important shares of work to them and let them fail. Meanwhile, work on organizational growth and strategy.

Keep space for dreaming when the routine beats hard.

Leave yourself an opportunity to enjoy the results of your work.

Pay yourself –  allocate appropriate reward for the team.

Don’t do anything that you lack resources for.

Voice only constructive criticism and let the others criticise you.

Make mistakes and don’t be afraid of sharing this experience with others.

To the government, political parties and voters:

We need more transparency and regularity in our relations with the state.

We need funding decentralization in culture and the same and clear for all rules.