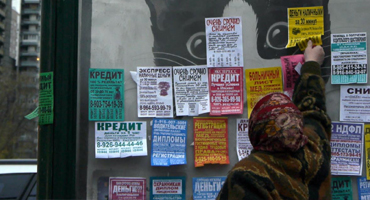 In fifteen linked chapters shot in locations ranging from Moscow to New York to Istanbul, Counting merges city symphony, diary film, and personal/political essay to create a vivid portrait of contemporary life. Perhaps the most personal of Cohen’s films, Counting measures street life, light and time, noting not only surveillance and overdevelopment but resistance and its phantoms as manifested in music, animals and everyday magic. The film is produced by the famous Patti Smith.

Jem Cohen was born in Kabul, Afghanistan in 1962. In 1984, he graduated with a degree in Film and Photography. He lives in New York. Cohen’s films are in the collections of the Museum of Modern Art (MoMA) and the Whitney Museum. Jem Cohen has collaborated with the author Luc Sante and with numerous musicians and bands, including Fugazi, Patti Smith, Terry Riley, Godspeed You Black Emperor!, Gil Shaham, R.E.M., Vic Chesnutt, and The Ex.