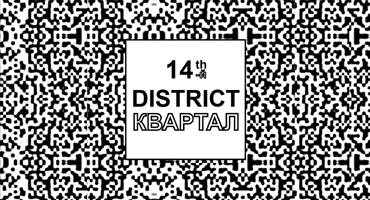 The сollaborative project between International Festival of Film and Urbanism «86», METASITU and metamatic:taf (Athens, Greece)

14th District draws on the idea of a spatial intervention in Slavutych inspired by the city of Athens. The project aims to explore the process of translation of one urban fabric into another and reflect on the notion of ‘district’ in a contemporary city.

For a few months, the Thinking Group participated in lectures and workshops, exploring the local urban context and approaches to designing public space. Then they went on a week-long trip to Athens in order to experience the city and decide how exactly to represent it in Slavutych.

At the «86» Festival, the Thinking Group will make the first public presentation of their concept of the 14th District and share their insights acquired along the way.

Moreover, during the festival, there will be an art exhibition focused on the evolution of the 14th District project and particularly the week that the Thinking Group spent in Athens.

The exhibition “14th District” is curated by METASITU, Ifigenia Papamikroulea and Christina Dilari. Before opening in Slavutych, it was exhibited at The Art Foundation in Athens.

The project is implemented within the framework of Tandem Ukraine, a cultural collaboration program operated by MitOst and supported by the German Federal Foreign Office as well as the European Cultural Foundation.